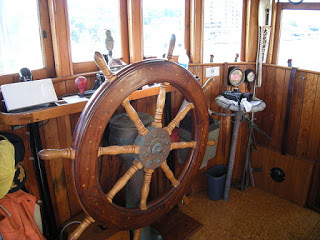 It's Christmas for language finger waggers!

Lake Superior State University (official motto: "No, the lake is Superior, we're pretty humble.") has released their annual List of Words Banished from the Queen’s English for Mis-use, Over-use and General Uselessness.

This year, LSSU received tens of thousands of nominations from people who have found certain words to be grating, overused, or just plain tiresome. And while I'm never in favor of censorship — unless you're a Nazi; Nazis don't deserve to be heard — 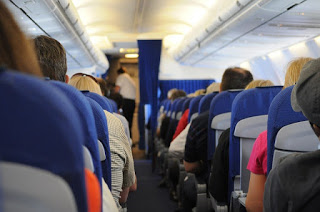 The self-entitlement fairy has been working overtime the last few years, as more people barrel through life like society's rules don't apply to them. So Mr. Etiquette Guy is here to answer all your questions and help you feel superior to your ill-mannered family and friends who breathe with their mouths open and still say "liberry." 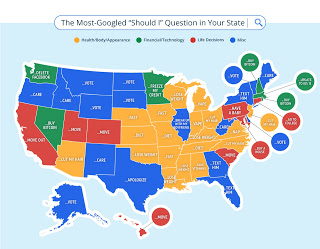 What "Should I" Question Did Each State Google?

Long gone are the days of spiritual pilgrims climbing to the top of a far-off mountain to seek the wisdom of a holy man. And you can't find life's answers by shaking a plastic ball filled with blue water and a noncommittal cube. If you want to solve the world's mysteries, you can just ask the Great And Powerful Google. 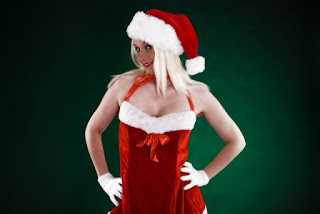 Is This What Christmas Has Become?

We're well into the Christmas season and everything seems to be imploding on schedule. Christmas music has been playing for 12 weeks, store decorations have been up for 16. Ugly sweater parties are all the rage, and everyone has been packing on the pounds with the holiday cookies and eggnog. Meanwhile, Linda from HR is pouting that no one has even touched her fruitcake for the fifth year in a row.

To be fair, it's the same fruitcake. 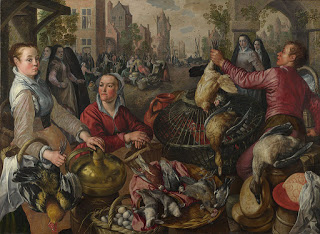 Do You Break the Unwritten Rules of Supermarkets?

Post any question on Facebook about what people "should" do in public, and you're likely to start an argument.

Not that this is a surprise. People on Facebook will fight about the color of orange juice.

But if you ask people a question like whether screaming children should be tolerated in a restaurant, you'll get ten people and 13 opinions.

We can't even agree on grocery store etiquette. People engage in all kinds of rude, selfish behavior and the rest of us are shocked —SHOCKED! I say — at ... 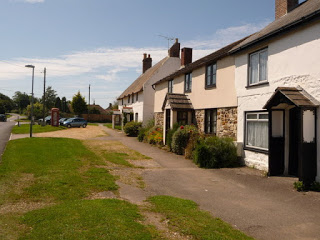 PETA Can't Keep Their Noses Out Of Cities' Business

Do you know the history of your city's name? Do you know where it comes from, who it was named for, or what it means? Maybe your parents told you. Maybe you learned it in school. Or maybe you've heard of Google and Wikipedia.

And because you're reasonably intelligent and naturally curious, you probably know things, like the fact that New York was once called New Amsterdam, so named by the original Dutch settlers who named it after their capital city. 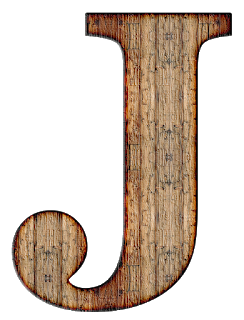 Leeds University in the United Kingdom thinks its students are delicate fawns, easily startled as they eat their morning daisies and dew grass.

The journalism department has asked their lecturers not to overuse the words "do" and "don't," or to write words in ALL CAPS, so as to not frighten their delicate charges.

According to a story in The London Daily Express, Leeds' administrators believe that lecturers who use capital letters when assigning work might upset students and "scare them into failure." 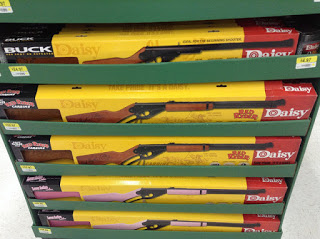 It's nearly Christmas, which means it's time for the annual pearl clutchers' list of toys that will kill your children. This is the list of toys that the watchdog group, WATCH — World Against Toys Causing Harm. Someone must have really wanted to spell "WATCH" — have deemed deadly, dangerous, and downright evil.

For the last 46 years, WATCH has tried their very best to frighten parents into not buying certain toys for their kids because they think kids are idiots and won't use the toys properly. 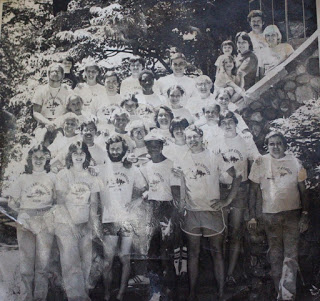 I know it's been some time since I've written, but that's because I've been having such a great time. I'm growing as a person and learning a lot about who I am. I wasn't happy when I first got here, and was a little homesick, but I'm feeling much better now. I know I said I wanted to leave, but our leader Terry has really opened my eyes.

He also introduced me to a few people who have been here for a while, and they talked some sense into me. They showed me all the cool things... 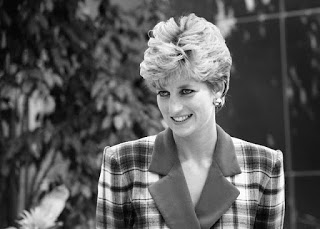 This is it, 2018. The freshman year of the kids born on the eve of the new millennium They entered college, and assuming they don't switch majors three or four times, they'll graduate in 2022.

No more kids who look fondly back on the '90s. No more kids who write "19" on their birthdates. Everything that happened last century is considered history, and they have no idea what the 20th century even looks like. If you were born before 2000, you're a relic of a bygone era.

Eminem has always been famous... 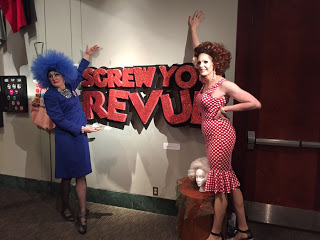 We never had Career Day when I was in school. No one's parents came in to talk about what they did for a living. Our teachers figured we'd just sort it all out after we were well out of their hair.

I wanted to be a detective. And a firefighter. And a lumberjack. But I never had any opportunities to meet anyone who did that for a living. Not that it would have mattered. I was 10 years old, and the odds of me doing anything like that were remote at best, so my parents let me have my dreams. 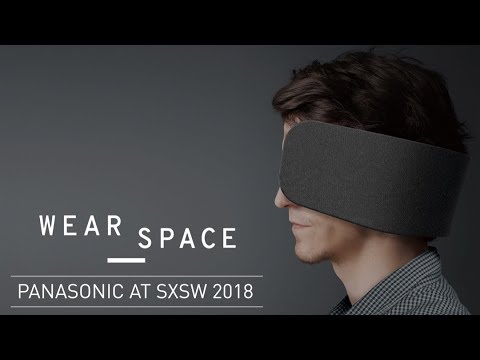 What Can Be Worse Than an Open Concept Floor Plan? Blinders!

It's official. Inc. Magazine has called the Open Concept floor plan the Dumbest Management Fad Of All Time.

Do you hear that, cheap CEOs and hip-and-trendy startups? Your heavy-handed thriftiness is officially the dumbest management fad in the entire world history of dumb management fads. Of all the stupid management fads you've ever created, this one is your masterpiece.

The Open Concept plan is where a large room is filled with clusters of desks or large tables. Everyone has a laptop and. . . 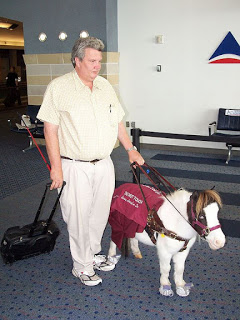 "Hey Kid, what are your thoughts on support animals?" asked my friend, Karl.

What, like Seeing Eye Dogs and service animals that help people with epilepsy?

We were sitting in Klompen, our favorite Dutch-themed bar to watch the Holland Series of the Honkbal Hoofdklasse, which is The Netherlands professional baseball league. Curaçao Neptunus was leading the Amsterdam Pirates 4 – 0 in the seventh inning of Game 5 of the series. Neither of us cared that much about the game; we just liked saying "honk ball." 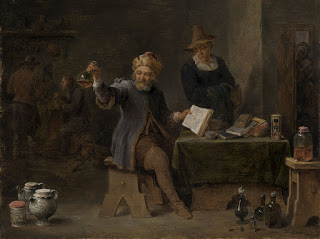 What is Your State Sick Of? Google's Most Commonly Searched Health Questions

The Internet can do a lot of amazing, wonderful things. You have access to limitless information, you can watch TV, listen to the radio, send messages, share photos and videos, communicate with people around the world, and learn about nearly every topic and issue you could ever think of.

Just don't use it to research medical information.

Not that it's wrong or incomplete, but when an untrained amateur tries to diagnose their health problems, they always turn up the worst possible scenario. . . 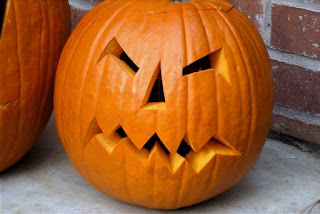 October is more than just about Halloween. It's a month for celebration and awareness, filled with celebratory weeks and special single days.

A basic Google search will reveal several websites, like HolidayInsights.com, which show the different special days, and sometimes a brief explanation of what each of them are. These are a few of the special events I plan on celebrating in October, courtesy of HolidayInsights.com.